Thank you for your interest in Albany Country Club!
Complete the form below and our team will reach out as soon as possible. 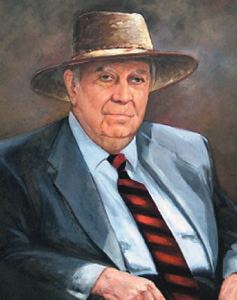 Robert Trent Jones, the dean of American golf course architects, designed/built the Albany Country Club course in 1961-3. The most prolific practitioner of his profession during the seven decades in which he was active, he designed an estimated 310 golf courses in 45 states and 29 foreign countries and redesigned approximately 150 others. His work includes courses that have been the venues of 79 National Championships, and six courses in foreign countries that have served as venues for the World Cup.

Jones characterized the game "as a form of attach and defense. It offers a golfer his personal challenge of combat. He attacks the course and par. The architect creates fair pitfalls to defend its easy conquest. The architect calls on his ingenuity to create a hole that will reward only by achievement."In a career that spanned the transition of golf from the days of wooden shafted clubs to the use of space-age materials, he always kept pace by fashioning golf courses that hewed to his credo, "Every hole should be a hard par and an easy bogey," adding, "the shattering of par without a proper challenge is a fraud."